AdamC noted that my shipyards seemed quiet of late, but there has been some work going on.  Here are four more WW2 destroyers in 1/2400 scale.  All  models are CinC. 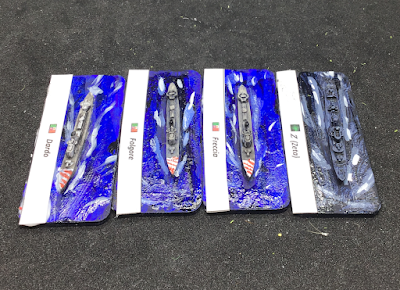 The three ships with the candy stripe foredecks are Italian Freccia class destroyers.  There were four of this class and four more in the similar Folgore class plus modified ships sold for export to Greece and Turkey.  The Italian ships fought hard and all of them were lost during the war.  The stripes were for aircraft recognition, added after the Regia Aeronautica bombed the Regia Marina early in the war. 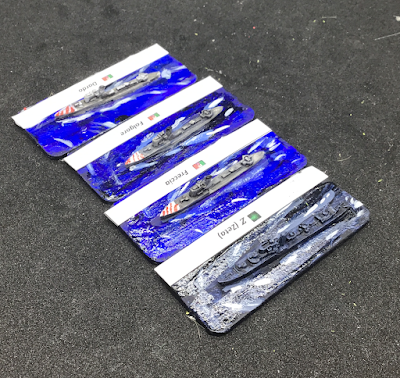 The final ship is another Paynes' Greyscale unidentified bogey for for of war purposes.  She is sold by CinC as a British L class destroyer (but isn't... that story with my next post). 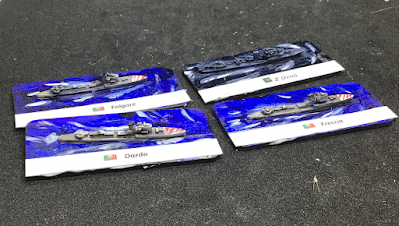 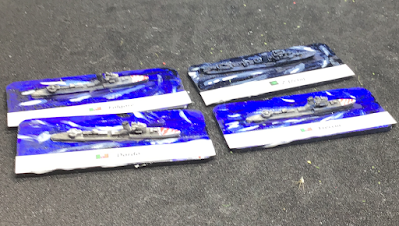 That is 4 hulls at 2 points each for a grand total of 8 points.  These points count against my total in the Naval Side duel, but I'm long since left in the other's wake on that front.

Posted by Peter Douglas at 7:55 AM