Probably the most controversial aspect of these rules (and their sister set Black Powder) is the "all or nothing" movement which randomly leads to some troops moving lots and others staying put.  Having played through a few games I've decided that overall I like the movement/command roles much as I find them frustrating at times.  Of course I've been GMing rather than playing and I might find it more frustrating as a player.

Some thoughts on making the system work.

As noted above the ancient sources are notoriously scanty on details.  But later on, we get much better documentation of what happened at the command level.  Plus we get armies with better command control and better time pieces (this actually is important in figuring out what happened, and when and where it did).  And guess what we still get lots of examples of "failed command rolls".  Here's the classic case - so classic that it appears in one of the great novels.  So taken from Mr. Tolstoy we have what Christopher Duffy calls one of the most famous exchanges in military history (from the morning of Austerlitz).


"Why aren't you beginning, Michael Ilarionovich?" said the Emperor Alexander hurriedly to Kutuzov, glancing courteously at the same time at the Emperor Francis.

"I am waiting, Your Majesty," answered Kutuzov, bending forward respectfully. "Not all the columns have formed up yet, Your Majesty."

"You know, Michael Ilarionovich, we are not are not on the Empress' Field where a parade does not begin till all the troops are assembled," said the Tsar

Remember this conversation the next time that you fail a command roll.  And while you are at it, recall that although the Allied plans (and Napoleon's plans to boot) Kutusov's column was to have cleared the Pratzen heights and join the attack on Napoleon's right flank.  Instead they ended up sitting tight in exactly the right place and time to meet Soult's assault.  If more columns had failed their command rolls the battle might have gone very differently!  In fact I'd suggest a read (or reread) of Duffy's Austerlitz book for any war gamer who entertains any idea of command control.  If Napoleonic armies blunder about like that, how can we possibly expect ancient and medieval armies to run by clockwork?

When Spouses Hobbies Have Common Goals

So long story short, I have a 9x5' wargaming table in my basement !!!!!!  And my wife likes it too!!! It's in the form of the old classic the folding ping pong table.

My wife and I have been clearing out our basement of accumulated stuff.  One of her goals was to clear enough floor space so that she could set up a table to hold quilts so that she could sew the batting and backing on the tops she has finished.  Having got to the point this weekend that that looked to be doable, we started a conversation about tables....

After a prior go through she had used my wargaming terrain boards (2" thick pink Styrofoam insulation) on top of a smaller table.  My old board had died and gone to the dump after a basement disaster so we had to price things out.  It turns out insulation prices have gone up and it would cost us $75 to buy enough foam for a 8x6 table (the size calculated to fit both quilting and gaming needs).  At this point Lynne says "gee a wonder how much a used ping pong table goes for?"

So you know where this is going I am sure but the sequence is...(the serendipity is quite marvellous at certain stages)


Well when I hauled the ancient Hellenes out of their box, it was a real walk down memory lane.  The figures (and paint jobs) are mostly 25-30 years old but mostly stood up well.  Here are a few thoughts about the old school figures - which almost all true 25mm as opposed to the 28mm guys who had taken over since that time.

Ral Partha
At one time these were the bulk of my figures.   You can still find their historicals on ebay etc, but they don't seem to be made anymore (unlike the fantasy ranges).  This is probably just as well!  There are some very good figures in the range, but there are a lot of oddities in gear, clothing, anatomy and clothing.  However, picking through the better figures they certainly fill out the numbers well.  I have strong attachments to my Rhodians (the RP Balearic slingers) which are nice figures and the first ever 25mm ancient unit I ever painted.

Rafm Multiparts
Still available (here) and many of them standing up well.  These came with separate weapons, shields and heads which mean that you can combine packs (and get separate packs of heads) to get a variety of equipment.  For a phalanx that means getting a range of helmets. The phalanx and skirmishers work really well, although for hoplites the lack of a Corinthian helmet sucks.  The cavalry figures are wimpy and static so not really worth the bother, but the heffalumps are wonderful!  These guys need some TLC as they lose not only spears and shields but also heads!

Minfigs
Ok can we get any more old school than Minifigs?  Still to be found here.  These are like Marmite (google it you non-Brits) but I like 'em.  The castings are old, lacking the details and posing found today.   But they have a real toy soldier feel and with the right paint job they look wonderful - especially in phalanxes.

Corvus
Likely the least well known figures in my collection, but I like them.  I had to google them, but found that they are still available as the Skyraider range.  These are nice figures with some useful poses and a decent range and the best cavalry figures in my army.  The major issue is that the original Corvus range featured soft metal weapons, OK for a xyston or javelin but an epic fail for a sarrissa.  The actual pikes were wonderfully cast with accurate head, butt spikes and central join but soft metal doesn't cut it.  Stacy dubbed these the wet noodle brigade and that about says it.  So I'll be at them with the brass rod!

Essex
Take your opinion of Minifigs and go to its polar opposite and that's likely how you feel about this well known range.  These were among the first of the Cro-Magnon 28mm that muscled the Neanderthal 25mm off the evolutionary path.   I have some, I still field them but wouldn't want any more.  They dwarf my other figures and I don't really like the sculpting and poses.  Plus the equipment is more Hellenistic and Greek and Persian wars era.

So last night my vintage 1980s Greek and Pyrrhic armies hit the field of battle for a game of Hail Caesar.

The scenario was the Broken Ground (Scenario 2) from CS Grant's "Programmed Wargames Scenarios".  The Spartans had 3 units of Spartan Hoplites, 3 of Allied Hoplites plus 3 units peltasts and one unit each of javelins, cavalry and Rhodians.  They were split into Spartan and allied divisions and were defending a set of hills controlling two exits off of the southern board edge.

Pyrrhus had  a phalanx including 5 units of phalangites and 1 of levy hoplites.  Support troops included 2 units each of peltasts,elephants, skirmisher units (Cretans and javelins), light cavalry and heavy cavalry.  The cavalry were all in one division led by the man himself and the others divided evenly into two phalanx divisions.  Pyrrhus needed to capture the hills controlling the exits.


Photos are from my iPhone hence the quality.  These were taken late in the day.

Now of course, real men would have experienced the North Atlantic conditions that we played in

Ok, besides shameless selling my soul for the chance of getting free swag, there are reasons to plug
Big Lee.  His blog is both educational and entertaining.  Go check it out.
Posted by Peter Douglas at 7:03 AM No comments:

Who Put These Guys In Charge of Western Civilization


Recently I've been (slowly) reading the following books.  Both are highly recommended. 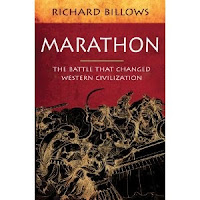 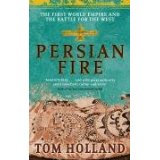 Of course the companion to these is the original source.  I really like the Landmark edition with its maps, pictures and articles. 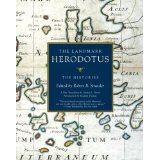 Most of my readings of Marathon, Thermopylae, Salamis and Plataea were very wargames focused - high on tactics and strategy but lacking much of the historical context.  It was therefore to remind myself just how tenuous the Greek states were, especially Athens.  Also despite knowing how the film turns out, it is clear that the result was very much up in the air and the odds favoured the Persians.

Time to haul out the 1980s vintage ancient Greeks methinks.
Posted by Peter Douglas at 8:27 AM No comments:

My Canada plans involved pottering around the back garden.  However, I decided to yield ground to the tree expert so that he can have room to swing a chain saw on a 10 foot pole. 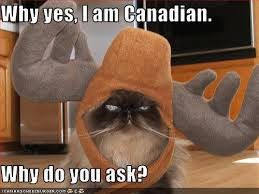