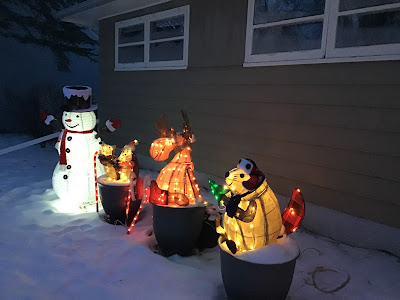 My last exam are graded and the marks entered into the system.  So I’ve shifted from working from home to relaxing at home.  It’s a subtle shift!

I’ve signed up for this year’s Painting Challenge and have already started work on various projects for it.  But no final results yet.

However, Christmas came  two days early with splendid chap Iain W gifting me his Curtgeld in the form on a wonderful Landschneckt commander for my Italian Wars project.  Now I have to dust off that project and see what needs to be added on it.

War of the Pacific AAR pt 2

Continuing on from part one in my prior post....


At this point we wound things up with the following summary
Everyone had fun and enjoyed the game.  The rules worked well and were easy to pick up.  There was room for one or two tweaks but nothing major.  It was noted that the sequenced movement worked well and it was much easier to figure and execute orders than a recent GQIII game.

AAR War of the Pacific Pt 1

A few weeks back, before we had more COVID restrictions in place, I GMed an actual naval game.  I took me a while to get my AAR together so I don't remember the turn by turn details but the basic situation is as follows.