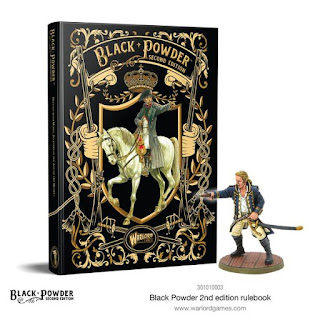 So I went in and pre-ordered BP2 earlier this fall.  My copy arrived in the post on Tuesday Oct 9th having been shipped on Sept 24th, not bad turnaround for shipping from the UK to the Canadian backwoods.  Curt got his copy on Friday the 5th, but we had the Thanksgiving Weekend in between so that's only one business day between.  Judging by forum and FB chatter, I'm actually ahead of the curve on this one - that's ominous IMHO!

First off, BP and it's stable mates are a bit like Marmite - either loved, hated or just put with since we don't want to make it ourselves - in the war-game community.  I find that they give a good game and allow a fun game to be played out in an evening.  They are easy to pick up and that works well with new players those unfamiliar with the period in play.  Furthermore they give a good framework and allow the players to tailor them as desired.  Basically you can follow BP like my wife follows a cookbook recipe - keep to the way it's written the first time mostly and then mess around with it once you know how things work out.

I won't go through an in-depth review of changes, because I don't have time to do a side by side comparison, I play HC, P&S and BP and can't keep the subtle changes straight anyway and since we tend to work from the rulebook as we play anyway rather than rely on aging and fading memories.

Briefly here's the good points on the new edition.

There are various fine tunings along the way that seem to bring the mechanisms in line with BP's younger siblings HC and P&S.  The ones I noted based on my read through and from following interweb chatter are.


Ok now the not so good - the typos.  Here are the one's that jump out at me so far.

Frankly I am disappointed with Warlord over the typos.  Personally I am a typo machine (ask my students) and I can work with typos in a lot of the hobby press.  But this was a high production, big box store rule book from an outfit that occupies a leadership position in the hobby.  I expect high production, leadership type production quality in proofreading as well as glossy pictures.  Warlord are not a cottage industry or a hobby press, they need to pull up their socks.  I've yet to see an official errata sheet or FAQs and that needs to hit the web ASAP.

However, once the typos are worked out I'm sure that BP2 will generate lots of fun games and get a lot of usage.  Hopefully it will generate interest in the Horse and Musket period in the hobby.